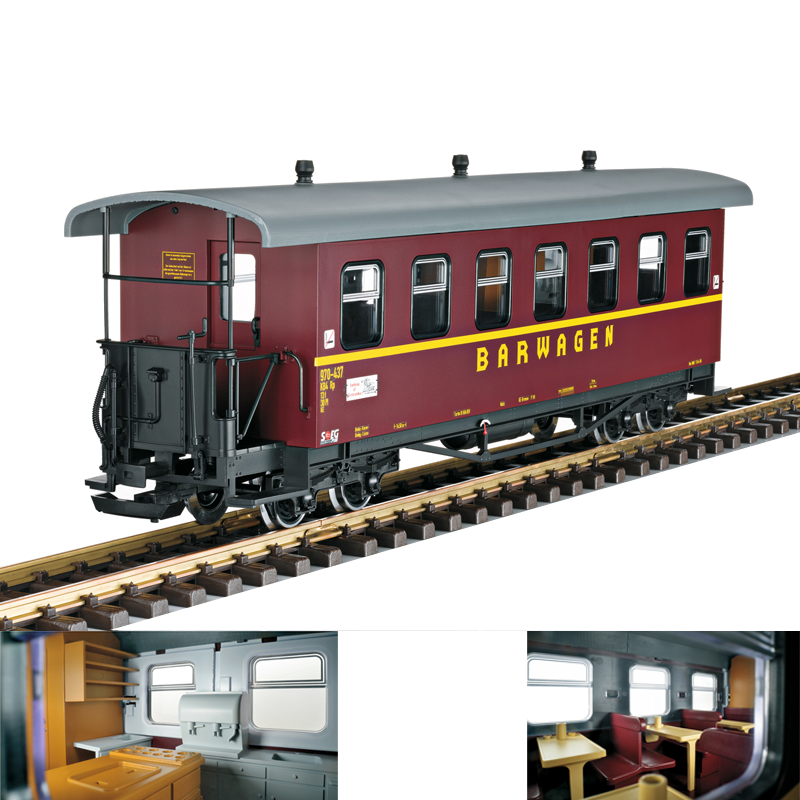 At the beginning of August, LGB unveiled the Club model 2020 at the Historik Mobil show in Zittau. The brand new model, a claret-red bar car of the Zittau narrow-gauge Railway, was presented at its former home. For many years, the prototype could be seen hard at work on the narrow-gauge railways around Zittau.

In terms of its paint scheme and equipment, the new Club model corresponds to the way the car looked as it ran between Zittau, Jonsdorf and Oybin from 2006 to 2013. The bar car is based on the KB4 970-473 standard car of the DRG built in 1930. It was modernized by the German National Railroad (DR) at the beginning of the 1980s and later refurbished by the Saxony-Upper Lusatia Railroad Corporation (SOEG). The SOEG equipped it with a small kitchen, refrigerator and tables for use as a bar car. It first operated in this new role in 1998.

The car was initially painted red/ivory before being resprayed. From the spring of 2006, the claret-red car with the yellow lettering “BARWAGEN” (BAR CAR) ran on the tracks around Zittau. Further details about the new LGB Club model can be found in the next issue of Depesche. The Club model 2020 can now be ordered.

*MUST BE A CLUB MEMBER TO ORDER