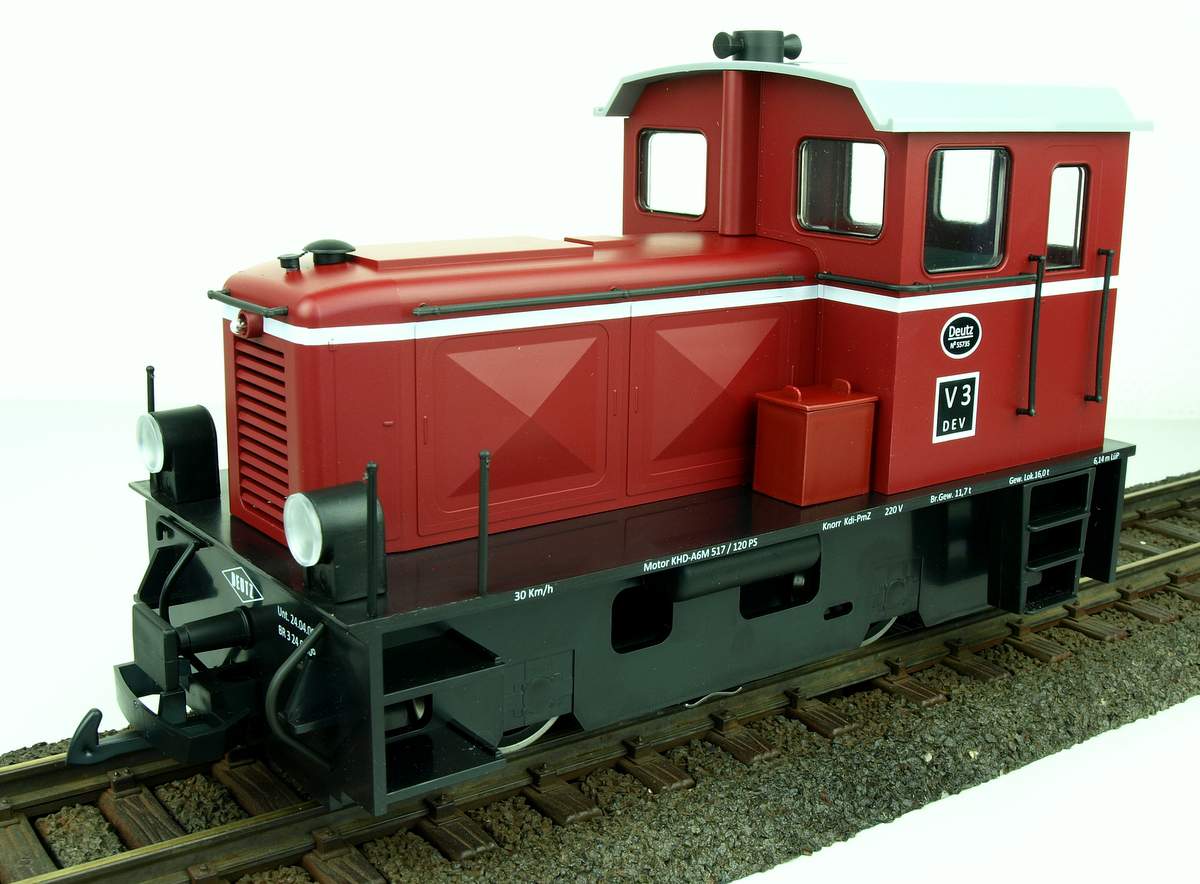 The sensation:  The first LineLine engine | 100% designed and manfucaturerd in Germany - no compromise in quality

Model specifications:
The ProLine model is a true to scale 1:22.5 replica of the prototype.

In the beginning of 1980 the DEV acquired the V122 of the VGH, which until then was parked on the grounds of a museums railroad.
This engine (orignal fabrication number 55735) was build in 1954 by Kloeckner-Humboldt-Deutz AG and put in service as V21, together with the identical V22, for the „Euskirchener Kreisbahn“ (a regional railroad line). The engines were equipped with a unified control system, which allowed that both engines could be controlled from inside one engineers stand.
Renamed to V121 and V122, they were sold to VGH (Verkehrsbetriebe Grafschaft Hoya) in 1966 and served there until 1971 on the remaining narrow-guage railway Bruchhausen-Vilsen to Asendorf (today‘s Museum Railroad).
The VGH gave up the railway and the DEV took completely over for their own museum‘s railway operation. Iit wasplanned to re-gauge the Diesel locomotives to 1435mm (German Standard Gauge). In 1972 the V121 was attempted to be re-constructed, but it turned out that this was far to complicated. The engine was sold to the MOB (Montreuz-Oberland-Bahn) in 1984 and serves there as Tm 2/2 3 (still with the V121 markings).
In 2010 the MOB sold the engine to „Chemin de fer de la baie de Somme“.   Here she serves as Tm 2/2 n°2 with slight modifications and repainted.
The V122 remained parked by the Museums railroad company, until in 1982 the engine passed technical inspections and is now serving as V3 the Museums Railroad.
Image Section
Added to Cart
Cart subtotal ( items): $