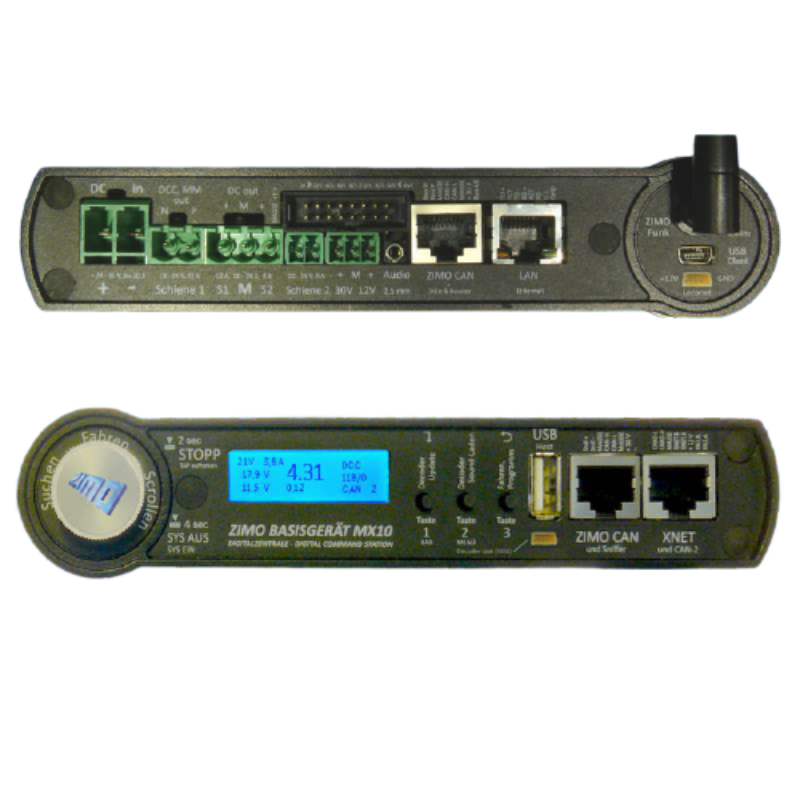 The DCC experience of the 21st century

This is your ZIMO "Brain" of your DCC system

The MX10 is ZIMO’s command station for digital multi-train control under the specification of DCC.

ZIMO MX10 the most advanced system in the industry

ZIMO MX10 the only 20A command station suited for G-scale

ZIMO DCC system, there is really no other choice.  Quality and features should always have the better of you.

Look for yourself, all other systems on the market look like they were developed in the 60s and 70s, and they were.  No advances were made and they a stuck in a time warp.

Granted you can save money, but at what price.  And even

ZIMO is not a clunky big box, as a matter of fact judging by its size customers wouldn’t assume that it has all the power that it has.  At first sight, the 18 cm times 3cm (7" x 1 3/16") measurements do not hint at the fact that this central station delivers a whopping 20A total.  Yet the station never runs hot. Additionally, you can derive another 5A on the common bus.

But with all of that power under the hood, ZIMO’s special technology ensures that your priced possession will never get the fatal blow.  Short circuits for example are detected in shortest time, avoiding harm of any component including your rollingstock.  This is unlike many (if not even all of the existing systems in the market.

But ZIMO goes far beyond power delivery.  The processor, the storage, and the software features coupled with most modern measurement technology (ie. for the precision RailCom detectors), many interface connections, out-of-the-box integrated wireless, as well as many other features enable even the most demanding hobbyist. 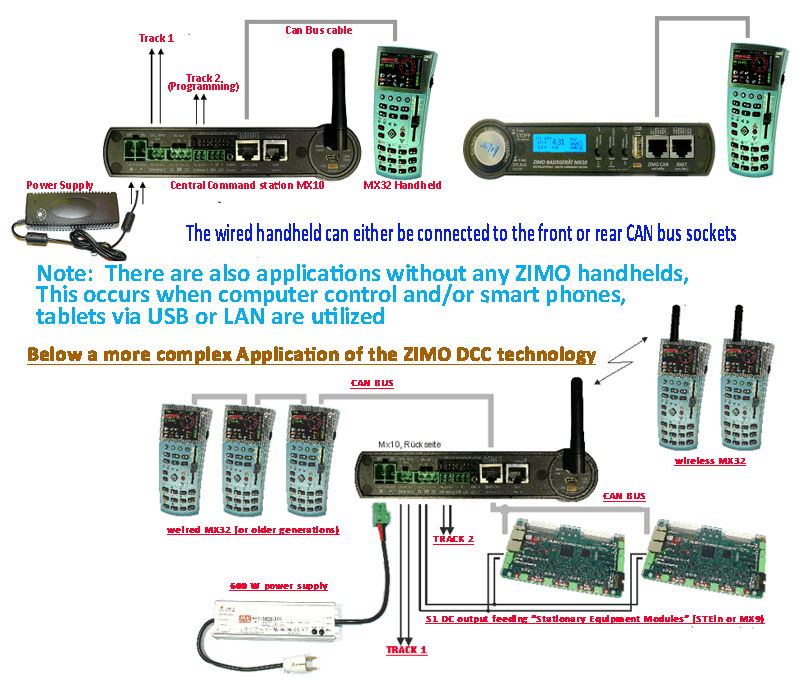 The MX10 supports DCC (in accordance to NMRA and VHDM specifications) and the Motorola (MM, Maerklin track protocol).  Future implementations can be added because of the modern and flexible architecture of the ZIMO MX10.  This can be in particular interesting for faster future solutions.

The MX10 is equipped with two specialized "RailCom-precision-global-detectors", one for each of the track outputs. "Global" means that all "RailCom" functions are supported that are independent of the current position.  Position information is provided via separate track section detectors.  "Precision" means that the interpretation of the supplied information is not only interpreted via threshold values, but the RailCom signal is being analyzed in order to identify weaker or distorted RailCom signals in order to support also large layout as they are common in the G-scale market.

RaiCom information that are confirmations from the decoder allow the MX10 the ovoid unnecessary re-transmission of packets, becaue the decoder already confirmed their receipt.  Additionally, the RailCom packets contain information that will be passed through to the hadnhelds and/or connected computer(s).  Simple applications are: reading and display of CV values ON THE MAIN, continuous display of the actual speed as measured by the decoder (real-time speed), alarm messages, or accessory decoders announcing the switch position.

The MX10 is backwards compatible with the previous ZIMO train number identification, which hav been implemented in all ZIMO decoders since 1998.

Because of the available high current (20A) only very large layouts (predominantly G-scale) might need extra power.  The preferred method, in that case, is a second MX10, which operates in synchronized mode with the main MX10.  Other booster applications are possible, but not so advantageous, because these connections only support "simple" NMRA "control-Bus" (limited short circuit information)

The MX10is equipped with a Wi-Mi module, a variant of the 2.4 Ghz "ZigBee" standard.  Unlike the old ZIMO 344 Mhz solution, the MX10 is permitted to be operated in any part of the world. While the higher frequency bands have lower wall pass-through penetration the network capabilities of the MX10 more than compensate for that.

Smartphones and tablets with supported apps can be utilized by connecting a WLAN router to the LAN connector of the MX10.

The same LAN interface can also be utilized for computer communication instead of the USB interface.

The USB Host connection is utilized to insert a USB stick for the MX10's self-update, as well as sound and microcode updates for the connected decoders.

Years of experience with the MX31ZL and MXULFA showed that sometimes the update via USB stick is easier than the direct connection with the computer, because the uncertainty of OS versions, drivers, and interfaces doesn't exist.

Alternatively, the USB client interface can be used to connect directly to a computer. Special software  (ZCS, PfuSch, TrainProgrammer, u.a.) can be used to program und update the decoders or sound can be programmed via (ZSP, ZIRC). Additional train automation programs communicate via this USB interface  (ie. STP, ESWGJ, TrainController, and others.).

As already mentioned above the MX10 can be utilized to update the ZIMO decoders, eliminating the need for a separate programming unit (ie. MXULFA). Two methods are supported:

2) The MX10 is connected to a computer via the USB client interface.

Users that don't require additional handhelds but want to rely on working with computers have the option to test drive their trains via the MX10 train control. Computer Software (ie. ESTWGJ, STP, TrainController, PfuSch, ...) or applications with smartphones and tablets can utilize the MX10 without any high-end handhelds (MX32) and users can still test basic operating functions via the front of the MX10.

Updating the Firmware on your MX10 & MX33 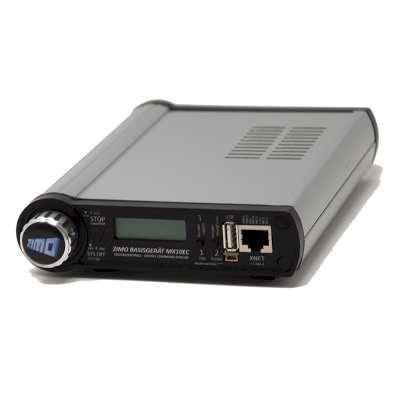 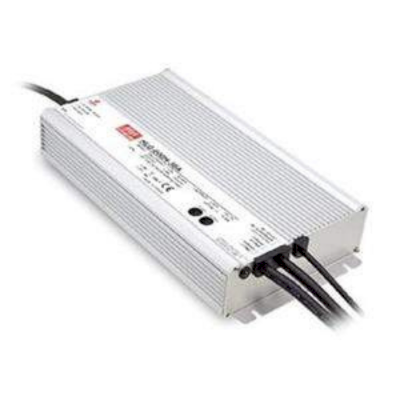 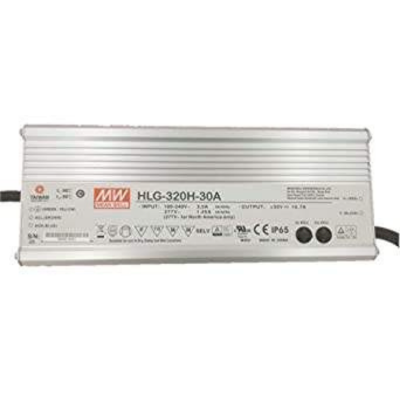 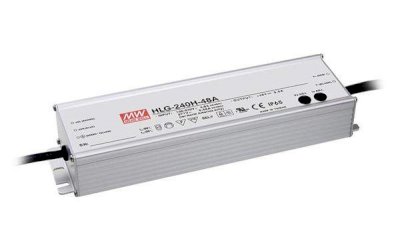